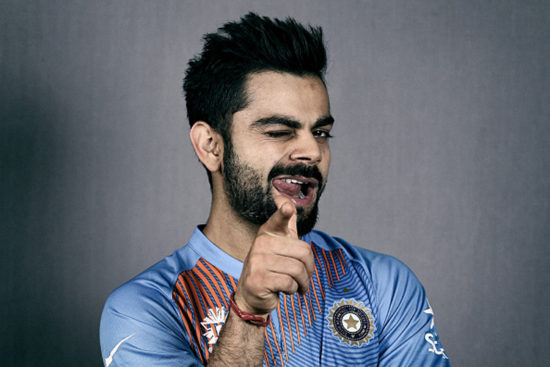 Kohli is the most followed Indian celebrity on Facebook. 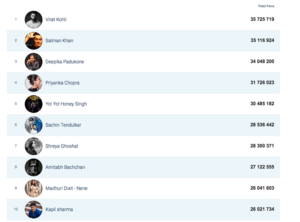 In the last six months, Kohli’s fan base increased from 33 million to almost 36 million. He has led India against England, Australia, led Royal Challengers Bangalore in the 10th season of the Indian Premier League and took India to the final of the Champions Trophy 2017 where they lost to Pakistan by 180 runs.