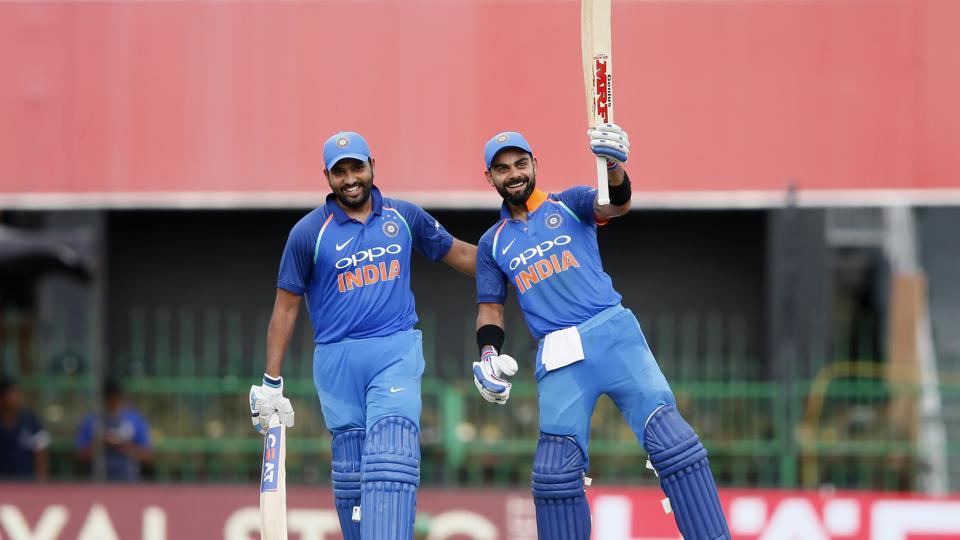 Virat Kohli smashed his 29th hundred after India won the toss and opted to bat vs Sri Lanka in the fourth ODI in Colombo.

Virat Kohli smashed his 29th century in a total show of absolute command over a hapless Sri Lankan bowling attack in the fourth One-day International at the Premadasa Stadium on Thursday. India would go on to win the match by 168 runs to take a 4-0 lead in the five-match series.

The Indian skipper’s 10th century while the team batted first took him to third in the all-time list of ODI centurions. He is now only behind Sachin Tendulkar (49) and Ricky Ponting (30). Virat Kohli was joint third going into the match with Sri Lanka’s Sanath Jayasuriya (28).

Virat Kohli, who currently holds the Indian record for fastest ODI – 52 balls – struck 14 fours and a six, reached triple figures in the 25th over with a flicked boundary off left-arm spinner Milinda Siriwardana. He had raised a century partnership for the unfinished second wicket partnership with Rohit Sharma.

Virat Kohli showed his belligerent mood early, hammering left-arm paceman Vishwa Fernando for three fours in a row, dispatching each pitched-up delivery. He added two more off the young bowler’s next over, a straight drive just missing the stumps on way to the fence.

Virat Kohli had completed his fifty off only 38 deliveries, with nine fours. He then opened up some more to leave the Sri Lankan bowlers running for cover.

They only time the Indian skipper was not entirely in control was when stand-in skipper Lasith Malinga, coming on for a fresh spell, induced an awkward hook shot, but it fell safely with the deep squareleg fielder far away.

Virat Kohli also did not spare the other spinners, especially debutant left-arm spinner Malinga Pushpakumara, whom he lofted over long-on for six.