Virat Kohli was all swagger three days earlier but displayed his subdued side on Sunday, scoring his 30th ODI century to lead India to a One-day International series clean sweep against Sri Lanka on Sunday. Team India’s Captain sealed an unprecedented third series sweep at the helm after his superb, unbeaten 110 (116 balls, 9×4), his second century in a row, as he guided the visitors to a six-wicket victory in the fifth and final ODI at the Premadasa Stadium. 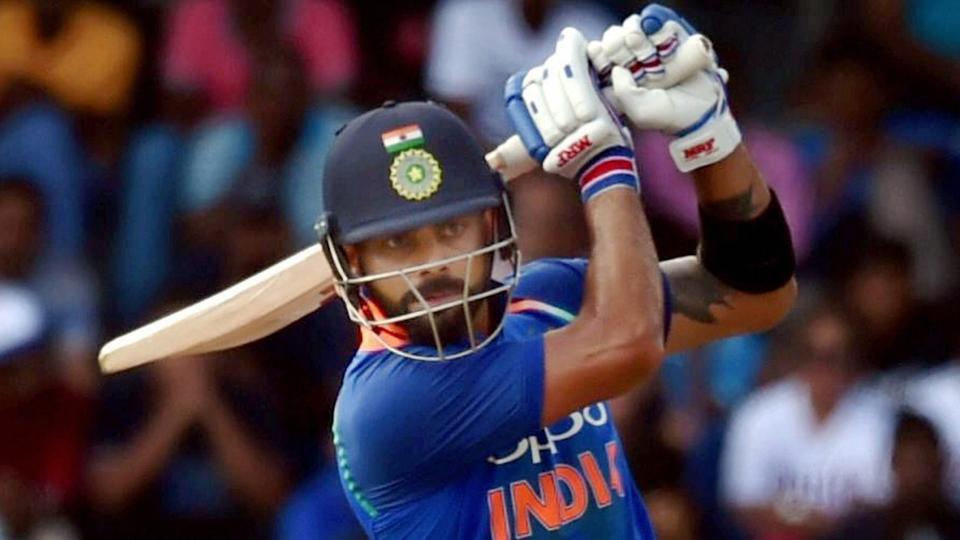 Virat Kohli’s century lifted him to joint second in the all time list with Australia’s Ricky Ponting, leaving only Sachin Tendulkar (49 centuries) ahead. Tendulkar though seems some way off, with a record 49 centuries.

Virat Kohli, in awesome form while scoring 131 off 96 balls three days earlier, played an innings in contrast replying to Sri Lanka’s 238 all out  their highest total in the series   after skipper Upul Tharanga elected to bat.

Virat Kohli shared in a 109 run fourth wicket partnership with Kedar Jadhav, who overcome his poor scores by hitting his second ODI half-century ( 63) before being dismissed with two runs to get.

However, MS Dhoni (one) arrived and completed his unbeaten run through the series.

Bhuvneshwar’s 5/42  slashed Sri Lankan hopes of a big total despite Lahiru Thirimanne (67) and former skipper Angelo Mathews (55) scoring their second half-centuries of the series in a 122-run stand, after Tharanga promoted himself to opener and scored 48.

Although the target was small, it was not a breeze on a slow pitch, and Virat Kohli the master of chase took over, scoring his 17th century in a successful run chase.

Ajinkya Rahane, playing his first game of the series, was out for five and Rohit Sharma, centurion in the previous two games  124 not out and 104  was out for 16.

However, Virat Kohli shared in a 99-run third wicket partnership with Manish Pandey  36  to steady the ship. Manish Pandey, who hit a fifty in the previous game was dismissed after he miscued a delivery from left arm spinner Malinda Pushpakumara.

Kohli though played cautiously as India’s team selections for the day, which included three pacers and no all rounder Hardik Pandya, meant a longer tail.

He hit two power packed boundaries off left-arm fast bowler, Vishwa Fernando, but otherwise was a picture of calm with the focus on getting the job done.

He showed tremendous fitness running between the wicket with Manish Pandey,  Kohli reached his fifty off 53 deliveries with just four fours   in marked contrast to the 38 ball fifty in the previous game.

Former captain and current talisman MS Dhoni, was in great form with bat as well as gloves, completed a record 100 stumpings in ODI cricket. The 36 year-old achieved the unique landmark when he stumped Akila Dananjaya off the bowling of leg-spinner Yuzvendra Chahal.

Dhoni had claimed the record earlier in the series, after going past Sri Lanka’s Kumar Sangakkara.

Sri Lankan hopes for a big total rested on at least one of Thirimanne and Mathews going on to score a century, but Bhuvneshwar bowled the left-handed batsman as Sri Lanka lost the last six wickets for 53 runs.

As much as we enjoyed India winning we were very disappointed with Sri Lanka’s performance and felt they did not make the games exciting for us.