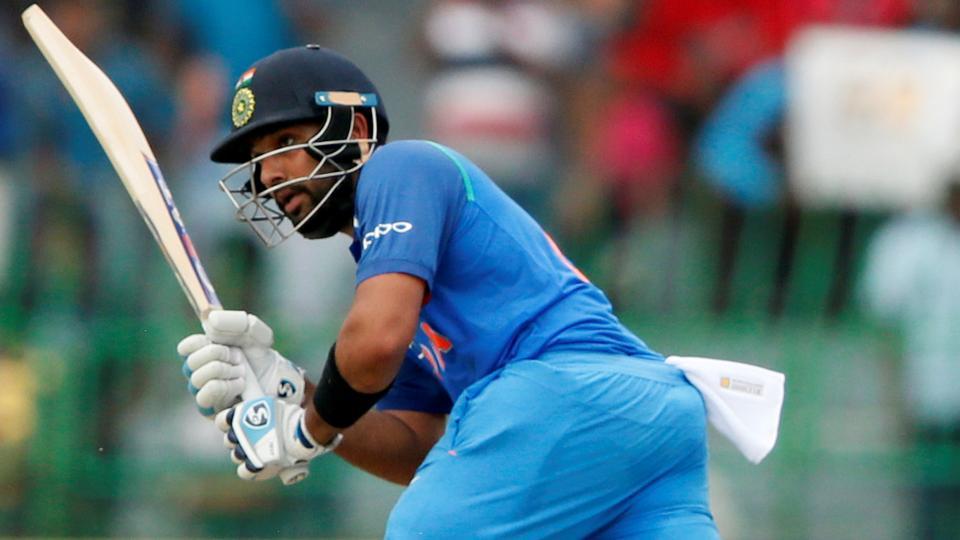 Rohit Sharma and Virat Kohli scored 220 runs for the second wicket before the Indian cricket team captain was dismissed for 131 in the 30th during the fourth ODI against Sri Lanka cricket team in Colombo.

Indian cricket team opener Rohit Sharma struck his 13th One-day International century — second in a row — in the fourth match against Sri Lanka cricket team at the Premadasa Stadium in Colombo on Thursday.

The 30-year-old batsman smacked 10 fours and three sixes while bringing up his century in 85 balls after skipper Virat Kohli completed his 29th ODI ton, having elected to bat first.

Rohit Sharma, who hit 124 not out to lead India out of trouble to clinch the third ODI against Sri Lanka in Pallekele on Sunday, played aggressively and at the same time rotated the strike to allow Virat Kohli to attack the bowling.

Rohit Sharma and Virat Kohli raised 220 runs for the second wicket before the Indian skipper was dismissed for 131 in the 30th over. Rohit Sharma, anchoring the innings, brought up his century in the 34th over, hitting a glorious one-driven four off Lasith Malinga to reach the mark.

He raised his bat in celebration as the Indian dressing stood up to applaud. Rohit’s wife, Ritika, too was cheering from the stands.

Rohit had completed his half-century off 44 deliveries. His innings was full of elegant shots, the stand-out stroke being an inside-out six hoisted over extra cover off debutant left-arm spinner Malinda Pushpakumara.

Rohit Sharma hit Angelo Mathews for an early six but then was content to let the aggressive Kohli take the lead. The Sri Lankan bowlers wilted in sapping humidity at the Premadasa Stadium but their sloppy fielding added to their woes.

India have already won the series, having taken a 3-0 lead, but are looking for a series sweep.