Ravi Shastri to the rescue, here are some of the challenges his faces in his new role as Indian cricket team coach

With Many Team India supporters both in India and Worldwide upset, angered with the BCCI  AND CAC  in our groups for allowing the Coaching role to drag on,the manner it has been handled and even many unhappy with the selection itself……………

Ravi Shastri to the rescue: here are some of the challenges his faces in his new role as Indian cricket team coach

Ravi Shastri was finally appointed the coach of the Indian cricket team. However, there are a number of challenges he is likely to face in the hot-seat.

Following a 48-hour long drama, the BCCI confirmed Ravi Shastri as head coach along with Zaheer Khan as the bowling coach while Rahul Dravid will be making special guest role by being chosen as the batting consultant for overseas Test tours. Their tenures will be till the 2019 ICC World Cup.

Ravi Shastri, served as the team director from August 2014 to 2016 ICC World T20, will begin his stint from the Sri Lanka tour starting on July 26. Here are some of the challenges the former India all-rounder is very likely to face:

Coaching staff with solid experience is the key in any sport these days. Nevertheless  clash of opinions can just as well disturb the dressing room atmosphere.

Having Zaheer Khan and Rahul Dravid in the coaching camp will make decision-making a tricky job. Shastri’s man management skills will surely be tested. Striking a fine balance between what the coach wants from his players and what is REALLY  needed will be the key.

Ravi Shastri had expressed, “Their inputs will be invaluable. Any good suggestion will be welcome.”

Team India’s recent overseas wins have come against Sri Lanka and West Indies – both bottom-ranked teams. Real challenges will be the upcoming tough tours against England, Australia, South Africa and New Zealand,  Team India will be determined to put in a consistent performance.

While they have never won a series in Australia, India last won in England 10 years ago while they secured victory in New Zealand in 2009. With these results, Shastri’s key aim will be to ensure the team transforms their poor overseas record around.

Anil Kumble’s  “untenable” problems with V.Kohli led to a stressed dressing room. It’s been regarded some other Team Indian players who were a part of the Champions Trophy squad also had serious friction with Anil Kumble. 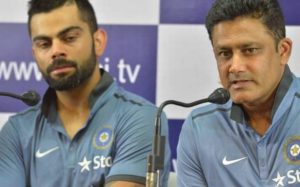 The Kohli-Kumble turmoil has put of many Indian cricket fans and they will be hoping to see less friction off the field and more well channeled action so they don’t see a repeat performance like against Pakistan in the finals of the ICC Champions trophy. Shastri’s biggest challenge will  come in the form of ensuring that the team does not carry the excess baggage of the past

With only the Pakistan game in the Champions Trophy where he scored a fifty, Yuvraj Singh has struggled for runs while MS Dhoni drew flak for not taking India over the line against the West Indies in Antigua. His innings of 54 off 114 in pursuit of 190 raised questions whether Dhoni’s finishing skills were done and dusted.

Shastri will certainly face a challenge when it comes to defining Yuvraj and Dhoni’s role in the current setup. Both players have a combined experience of 600 ODIs but preparations for the 2019 World Cup have to start now is it time to give fresh talent a chance? 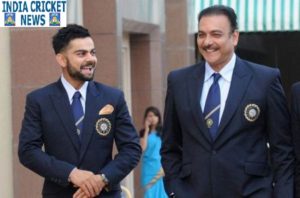 Having specified roles is the best way to keep V. Kohli level-headed. Both Ravi Shastri and the Indian skipper are aggressive and passionate. Their partnership has the potential to take the team forward. While both are bold personalities,

Shastri believes in the primacy of the captain’s position and would expect the same from Kohli when it comes to the head coach’s role.

Kohli must continue to take responsibility for the team’s performances on the field. Shastri can be the spark off the field to help Kohli achieve his true potential.

ARE YOU HAPPY WITH THE NEW APPOINTMENT?