This marked the second time when a cricket team has scored more than 600 four times in a year. As well as the first time in a Test match in Sri Lanka, six batsmen ended up scoring more than 50 during Team India’s innings. 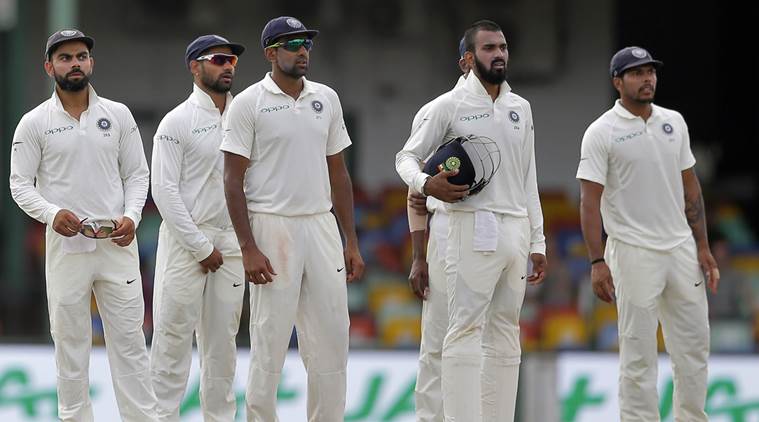 Just like the first day of the second Test between India and Sri Lanka, day two made history being rewritten as several records were shattered and new ones came up to place themselves in the book. As the day bore witness to the visitors dominating proceedings, what clearly stood out were the double tons by Cheteshwar Pujara and some power hitting from the likes of Wriddhiman Saha ,Ravindra Jadeja and even Mohammad Shami. Naturally as a result of which the Indian team cemented the eighth occasion when a team scored more than 600 runs in successive Tests. Nevertheless it did not stop there as more numbers were rewritten.

Apart from scoring more than 600 runs in successive Tests India also became the first visiting team to post 500+ in two successive Tests in Sri Lanka. They did it first in Galle and now at the SSC.

This is also the second instance when a cricket team has scored more than 600 four times in a year. Also the first time in a Test match in Sri Lanka, six batsmen ended up scoring more than 50 in India’s innings.

Among individual achievements, R Ashwin achieved yet another milestone. when he became the fourth fastest to achieve the double of 2000 runs & 200 wickets.

At the end of second day’s play, Sri Lanka stood at 50 for 2 after Team India declared their innings after recording a mammoth 622 for the loss of 9 wickets.

Here is What A. Rahane had to say at the end of  the second day.