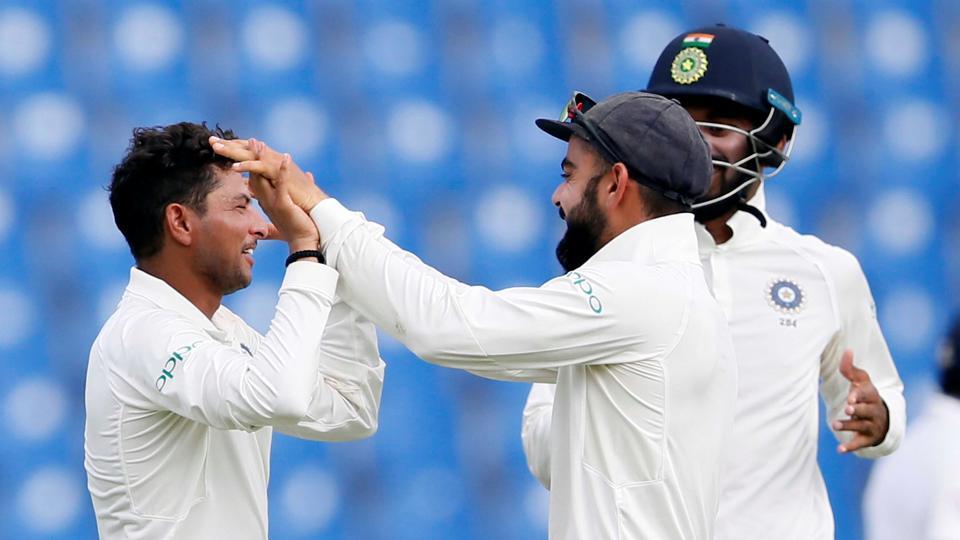 Kuldeep Yadav celebrates taking the wicket of Niroshan Dickwella during Day 2 of third and the final Test between India & Sri Lanka at Pallekele.

Hardik Pandya on Sunday afternoon tore into the Sri Lankan bowling attack, smashing as many as 26 runs off Malinda Pushpakumara, to create a record of most runs scored by an Indian in an over in Test cricket. He also brought up his maiden Test century, off a mere 86 balls with the help of seven sixes and six boundaries. 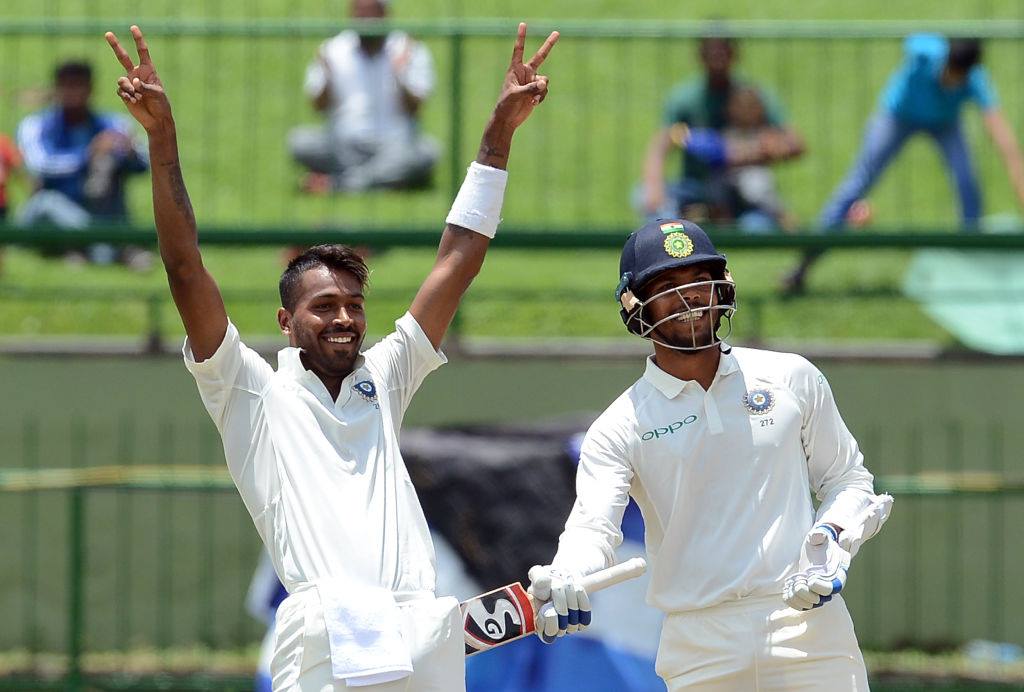 Hardik Pandya, running out of partners in an extended first session on the second day of the ongoing third and final Test at Pallekele, fired on all cylinders as he bolstered India’s first innings with crucial late runs, which in all probability will hurt the Lankans.

Sri Lanka had India under control when they toppled a flurry of late wickets on the opening day after Shikhar Dhawan and KL Rahul put up a record 188-run opening stand.

The right-handed batting all rounder who made his Test debut during this series had already scored a fifty  in the first Test at Galle. On Sunday, Pandya once again showed his ability to hit the ball with extreme power and finesse which left the  Lankans clueless on the field.

Pandya had no qualms in hitting big sixes when the ball was pitched in his area, and also picked up boundaries with a lot of ease in vacant areas despite Sri Lanka captain Dinesh Chandimal spreading out the field to control the damage.

It was in the 116th over of the innings when Pandya set the record of scoring most runs in an over by an Indian. The first ball from Pushpakumara was smacked through midwicket for a four, followed by another powerful hit past the spinner.

Pandya also joined the likes of Kapil Dev and MS Dhoni to have smashed most consecutive sixes in Test cricket.

The home side’s reply go off to a disastrous start when Upul Tharanga edged Shami to wicketkeeper Wriddhiman Saha for five and inexplicably called for a review after consultation with opening partner Dimuth Karunaratne.

Replays showed a clear edge and Karunaratne soon joined his departed colleague back in the dressing room after falling in similar fashion for four.Kusal Mendis for 18 was then run out after a mix-up with Chandimal before former captain Angelo Mathews fell leg before to medium-pacer Pandya without scoring.

Hope you liked the game as much as we did? 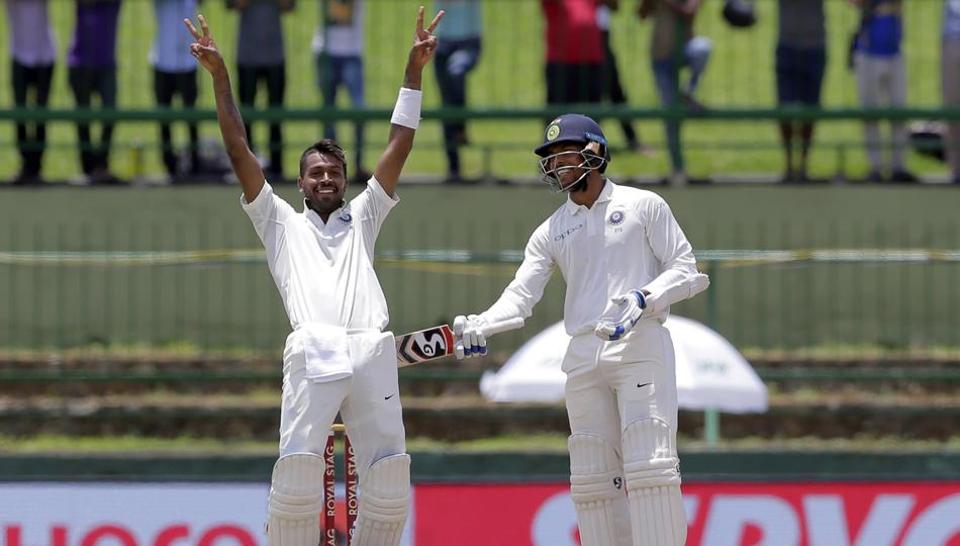