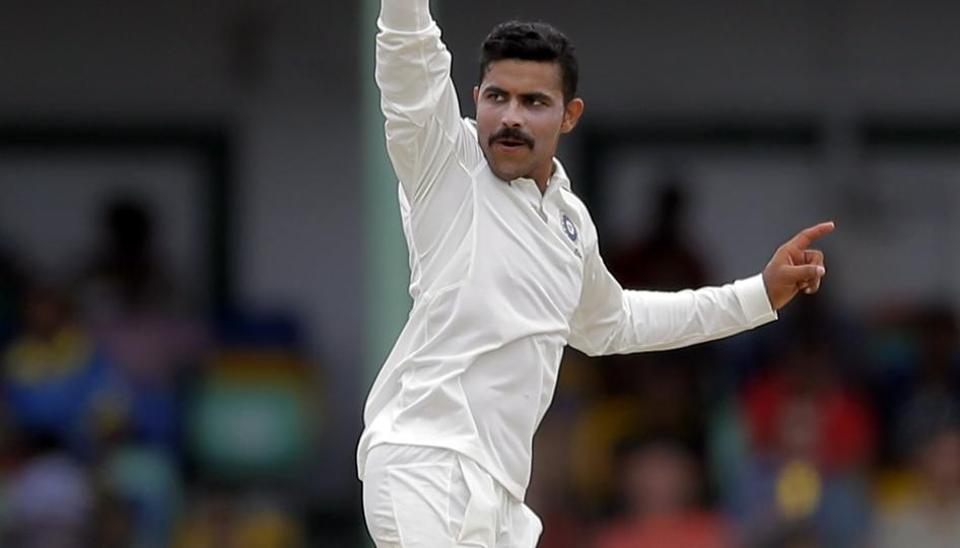 Ravindra Jadeja celebrates the dismissal of Dimuth Karunaratne during the fourth day of the second Test.

Team India thrashed Sri Lanka by an innings and 53 runs in the second Test to take an unassailable 2-0 lead in the three-match series. Sri Lanka, asked to follow on after conceding a 439-run first innings lead, were dismissed for 386 late in the second session on the crucial day. Dimuth Karunaratne scored heavily for the hosts with a strong 141 while Ravindra Jadeja was the cream of the crop of Indian bowlers, claiming five for 152.

Ravindra Jadeja (Man of the Match): “In the first innings, the ball was not turning that much. When we came onto bowl, we got turn from the middle part of the wicket. Mendis played very well and played some brilliant shots. Yeah, they batted very well. As a spinner, it is always a challenge when a batsman plays a sweep shot on a regular basis. We have to change our field and line and length.”

Virat Kohli: “The way the wicket behaved and how it was getting worse by the day and the lead of more than 440 prompted us to enforce the follow-on. I haven’t been a big fan of enforcing it, though. At international level, you expect teams to come and play like that (on Mendis’ and Dimuth’s innings). They batted really well. You need to have those tough times to improve as cricketers. If you enjoy the hard moments, you enjoy the good moments as well. Never get complacent as a side – that’s important.”

Dinesh Chandimal: “To be honest, you can’t control the toss. We were outplayed with bat and the ball in the first innings. But I was happy with the way we played in the second innings. We just want to take positives from this game. Kusal and Dimuth played some really good cricket.”

Are You Happy With Team India’s Win?