India have dominated all the contests in the series so far, including a nine-wicket decimation of Sri Lanka in the 1st ODI. 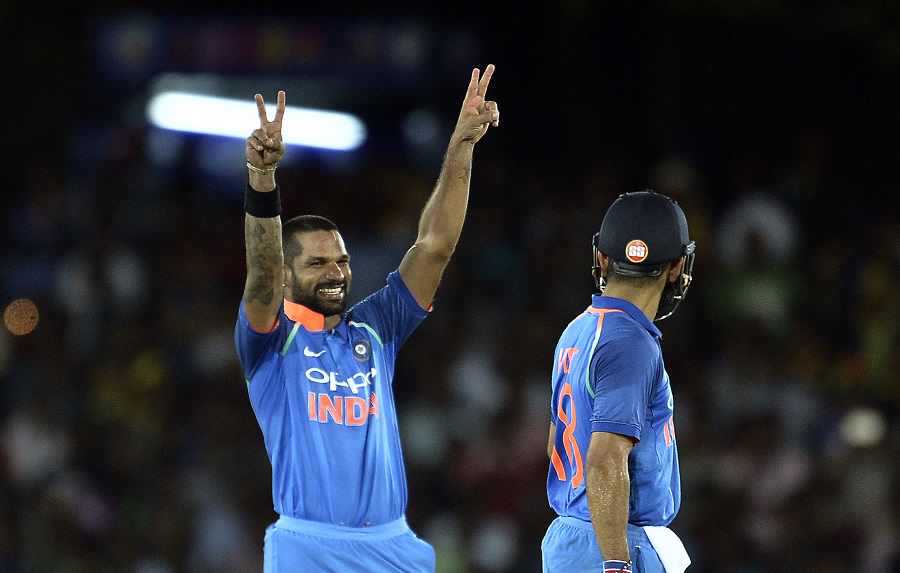 Team India, after a much comfortable nine wicket overhault win over Sri Lankan Team in the first One-day International (ODI) at Dambulla, will look to defeat the hosts yet again when they play the second ODI at Pallekele International Cricket Stadium on Thursday. Shikhar Dhawan slashed the Lankan bowlers into submission in the first game with an unbeaten 132 and captain Virat Kohli scored an unbeaten 82. Sri Lankan captain Upul Tharanga, on his part, will focus on halting their losing run. It is hard to see any changes to the Indian playing XI.

Virat Kohli had resisted the urge to chop and change too much, even during the series in the West Indies.

It is a similar situation here as well. At Dambulla, India preferred not to go in with two leg-spinners or two left-arm spinners, thus forming the lethal Chahal-Patel combination of orthodox leg break and left-arm spin.

However, the ODI wickets in Sri Lanka do not afford the luxury of playing three spinners. Hence,  unless the Pallekele wicket is exceptionally dry, Kuldeep Yadav can expect to be left out once again, along with Manish Pandey, Ajinkya Rahane and Shardul Thakur.

It will be interesting if Kohli shuffles his batting order a bit to give KL Rahul and Kedar Jadhav some batting opportunity  considering the inept Sri Lankan bowling which has failed to get the visitors out.

There have been questions fired about Sri Lanka’s team selection policies.

Test skipper, and one of Sri Lanka’s most attacking batsmen Dinesh Chandimal, was left out of the playing XI as ODI captain Upul Tharanga  generally seen as an opener  came out to bat at No 4, where Chandimal bats.

This has set rumours that all is not well in the Sri Lankan dressing room and that the coach and captain are being over ridden by others. Chief coach Nick Pothas openly focused the decision of leaving out Chandimal in the post-match conference.

When asked about the influence of team manager Gurusinha and chief selector Sanath Jayasuriya, he came up with the classic “too many cooks” saying. Yet, it doesn’t take the limelight away from the simple fact that Sri Lanka once again failed to provide adequate challenge for the Indian team.

If the Test series was evidence of the gap between the number 1 and 7 ranked teams, then on evidence of the Dambulla game alone, the ICC ODI rankings of India and Sri Lanka – Nos 3 and 8 respectively – are justified too.

This series too has all the makings of another one-sided contest and is not making for a good spectacle for the home fans, who clearly let their displeasure known during the first ODI.

Sri Lanka required to win at least two ODIs in this series to make sure that West Indies do not overhaul them in the rankings and gain automatic qualification for the 2019 ICC World Cup before the September 30 deadline. The hosts require more responsibility and stability in their batting ranks, and could look to recall back Chandimal, if only to lessen the heated atmosphere surrounding the team’s poor performances recently.

HOPE YOU ENJOYED THE ODI AS MUCH AS WE DID

HOW LONG DO YOU THINK IT WILL TAKE TO GRAB THIS TROPHY?