India vs Pakistan, Cricket World Cup 2019: What time does the match start on Sunday, what TV channel is it on? 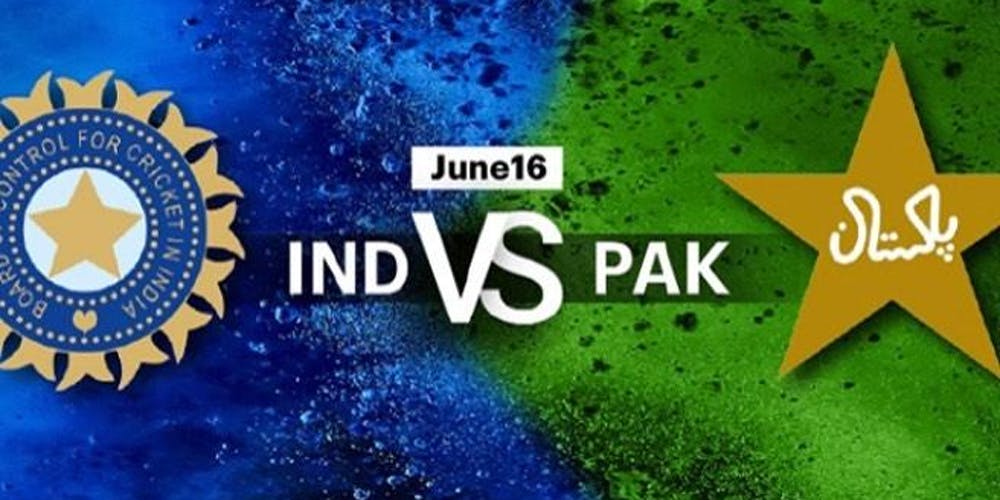 What time does it start?

What TV channel is it on?

Sky Sports Main Event and Sky Sports Cricket from 9.30am. All Cricket World Cup matches will be broadcast in the UK on Sky Sports.

In the ICC’s official ticket ballot, there were 500,000 applications for the 25,000 seats at Old Trafford. On Sunday, there is no hotter sporting ticket and on Friday resale sites were flogging them for more than £500.

“It’s a marquee event all over the world,” said India captain Virat Kohli on Thursday after his side’s game against New Zealand was rained off. Billions will watch on TV, including a few thousand in Manchester’s Cathedral Gardens at a fanpark.

And yet the reason this game does not happen regularly threatened this meeting, too. In February, there was a surge in violence in Indian-administered Kashmir. India claimed a militant group from Pakistan had carried out a car bomb attack, killing 40 paramilitary soldiers and injuring many more.

Kashmir has been disputed since partition in 1947. There have been three wars and plenty more conflict. Having first met in 1951, the teams did not play between 1961 and 1978.

The top Pakistan bowler upon their resumption, the great Imran Khan, is now their Prime Minister. For a few years after that, cricket was used as a diplomatic tool.

The Board of Control for Cricket in India promptly issued a statement urging “the cricketing community to sever ties with countries from which terrorism emanates.” Kohli and his team were happy to follow whatever stance their board took. Thankfully, Sunday’s game got the go-ahead, although not without some overt political messaging: India’s players wore camouflage caps against Australia in March in solidarity with those killed a month earlier.

Things should be a little calmer come this weekend. There will be a vast police presence, but the atmosphere tends to be excitable but cordial. If the stakes are not high enough, throw in the fact that Pakistan, having lost to Australia on Wednesday, are clinging on in this tournament. They were excellent against England, but a washout against Sri Lanka to rain was a setback.

India are the opposite of Pakistan – steady and stable, even after Shikhar Dhawan’s hand injury. KL Rahul will open the batting, with the middle order tweaked.

Both sides know, though, that events on the pitch are just part of the story.