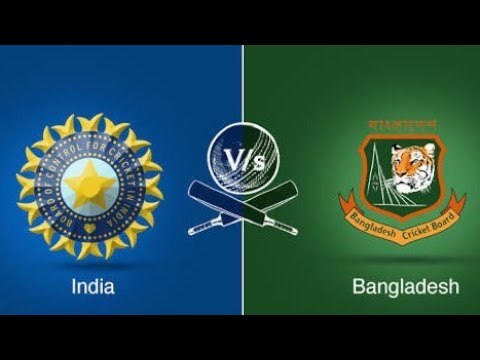 With Delhi’s air quality plummeting to hazardous levels, a severely depleted Bangladesh team will run into an Indian side that has hung up caution in trying to adapt to the changing T20 landscape. India will be without captain Virat Kohli who is rested, but still have a wealth of experience and a variety of options at their disposal.

Nevertheless, the same can’t be said of Bangladesh who are desperate for some breathing space (both literally and figuratively). No Shakib Al Hasan. No Tamim Iqbal. Mashrafe Mortaza has retired from the shortest format. The promising Mohammad Saifuddin isn’t available because of a back injury. They’ve recalled Arafat Sunny and Al-Amin Hossain – both of whom last featured in a T20I over three years ago.

As Bangladesh prepare for life after Shakib’s ban, the spotlight rests onMahmudullah, Mushfiqur Rahim and Mustafizur Rahman to step up. This Mustafizur, however, isn’t that Mustafizur who had (off)cut through India in 2015. He has lost some buzz since then, however his knowledge of Indian conditions, having turned out for Sunrisers Hyderabad and Mumbai Indians in the IPL, might come in hand.

In their most-recent T20I, against South Africa, Kohli challenged himself and his team-mates to break out of their comfort zones and although the bat first experiment didn’t quite come off, it highlighted India’s new, daring T20 approach. This series presents India another opportunity to test out their allrounders – Krunal Pandya, Washington Sundar and newbie Shivam Dube. Yuzvendra Chahal is back in the mix once again and while India have been going big on batting depth in recent times, his wicket-taking threat can’t be ignored.

Twenty-six-year-old Mumbai allrounder Shivam Dube has stepped in to try and fill the Hardik Pandya-sized hole. Dube has a reputation of being a ferocious ball-striker in domestic cricket as his T20 and List A strike rate of 142.35 and 121.34 respectively suggest. He’s a decent medium-pacer to boot, but he had a tepid debut IPL season in 2019. Can he shrug that off and show the world that he belongs to the biggest stage?

Liton Das has a variety of sparkling shots in his repertoire and India will be wary of it, having watched him crunch a century against them in the 50-over Asia Cup last year . After being called into Jamaica Tallawahs’ roster in CPL 2019, Liton will aim to enhance his limited-overs reputation further on this trip.

India are set to hand an international debut to Dube while it remains to be seen if the returning Sanju Samson fits in the top three. Chahal has returned to the side, and might get the nod ahead of Rahul Chahar. India will also have to make a choice on the fast-bowling front: Shardul Thakur or Khaleel Ahmed?

Bangladesh’s XI is harder to predict, with only the middle order wearing a fairly familiar outlook. Mohammad Naim, who made back-to-back one-day fifties against Sri Lanka A last month, might be rewarded with his international debut while Al-Amin and Sunny are set to slot back into the XI.

The after-effects of Diwali have led to a public-health emergency in Delhi, and conditions will continue might continue to be hazy on Sunday as well. The pitch for the last international game – an ODI against Australia – at the Feroz Shah Kotla offered some purchase for the spinners as the match progressed. On the eve of this T20I series opener, Mahmudullah said that the pitch had some covering of grass, but “will be good for batting.”