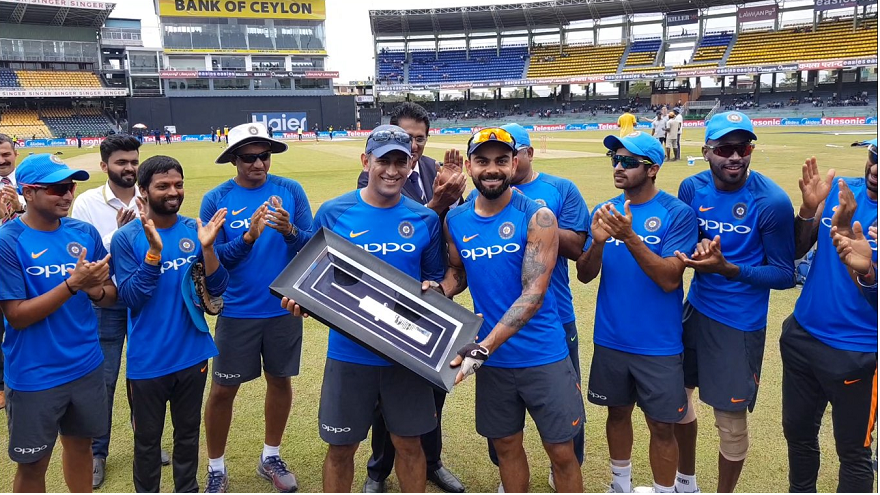 ‘You will always remain our Captain,’ says imVkohli on msdhoni‘s 300th ODI celebration

MS Dhoni was made to feel extra special by the Indian team on Thursday after captain Virat Kohli presented him with a platinum bat as memento to mark his 300th One-Day International appearance at the R.Premadasa Stadium.

The team got into a huddle before the match, and after coach Ravi Shastri handed debutant Shardul Thakur his India cap, the players gave a round of applause for Dhoni, who led India to two World Cups and is bidding to be part of a third victory in the 2019 50-over championship in England.

Kohli stepped forward to hand over the memento as a pleased Dhoni accepted it. In a lovely tribute,  Kohli marked his respect to his predecessor.

“Ninety per cent of us started our careers under you. It is an honour to give this memento to you,” Kohli said. “You will always remain our captain.”

Dhoni warmed up on Wednesday by bowling at the nets, as he usually does. However, he has looked supremely fit in this series, which is said to be the result of extra work on core muscles. 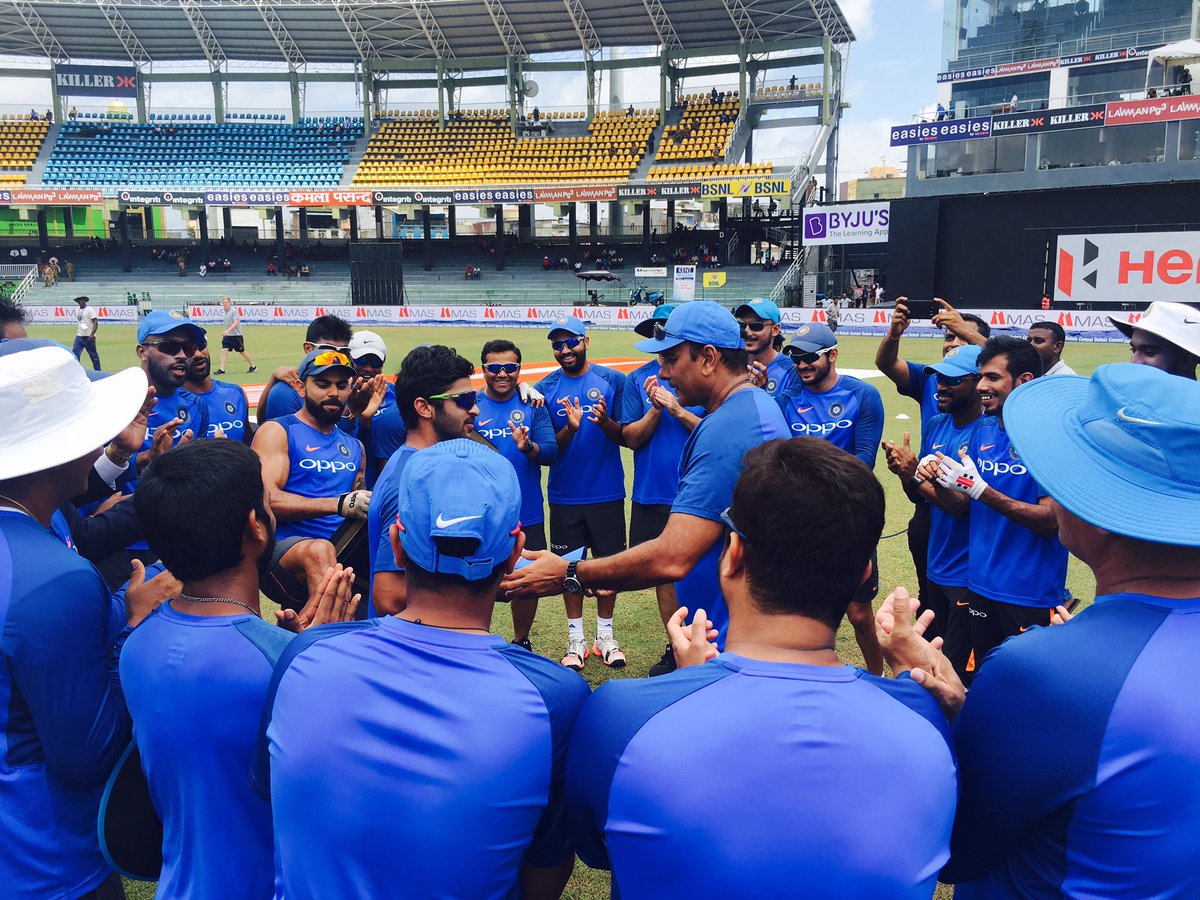 With India batting first, Dhoni produced another unbeaten knock, this time scoring 49 not out and sharing an unbroken 101-run partnership with Manish Pandey. It was the third successive unbeaten century partnership featuring Dhoni, who has now remained unbeaten for a record 73 times in ODIs.

Thakur, who also played with Dhoni for Rising Pune Supergiant in the IPL last season, got his first wicket through a catch by Dhoni, to remove Sri Lanka opener Niroshan Dickwella.

Although Dhoni, aware all eyes are on him and his future India career, has not made any public comments, he has still managed to grab attention. He not just stemmed India’s batting collapse in the second and third ODIs, scoring 45 not out and 67 not out, his power nap in Pallekele as the irate crowd threw water bottles on the ground has also kept the attention on him.

On Thursday, Dhoni again demonstrated clearly the finisher was still crucial to the team.