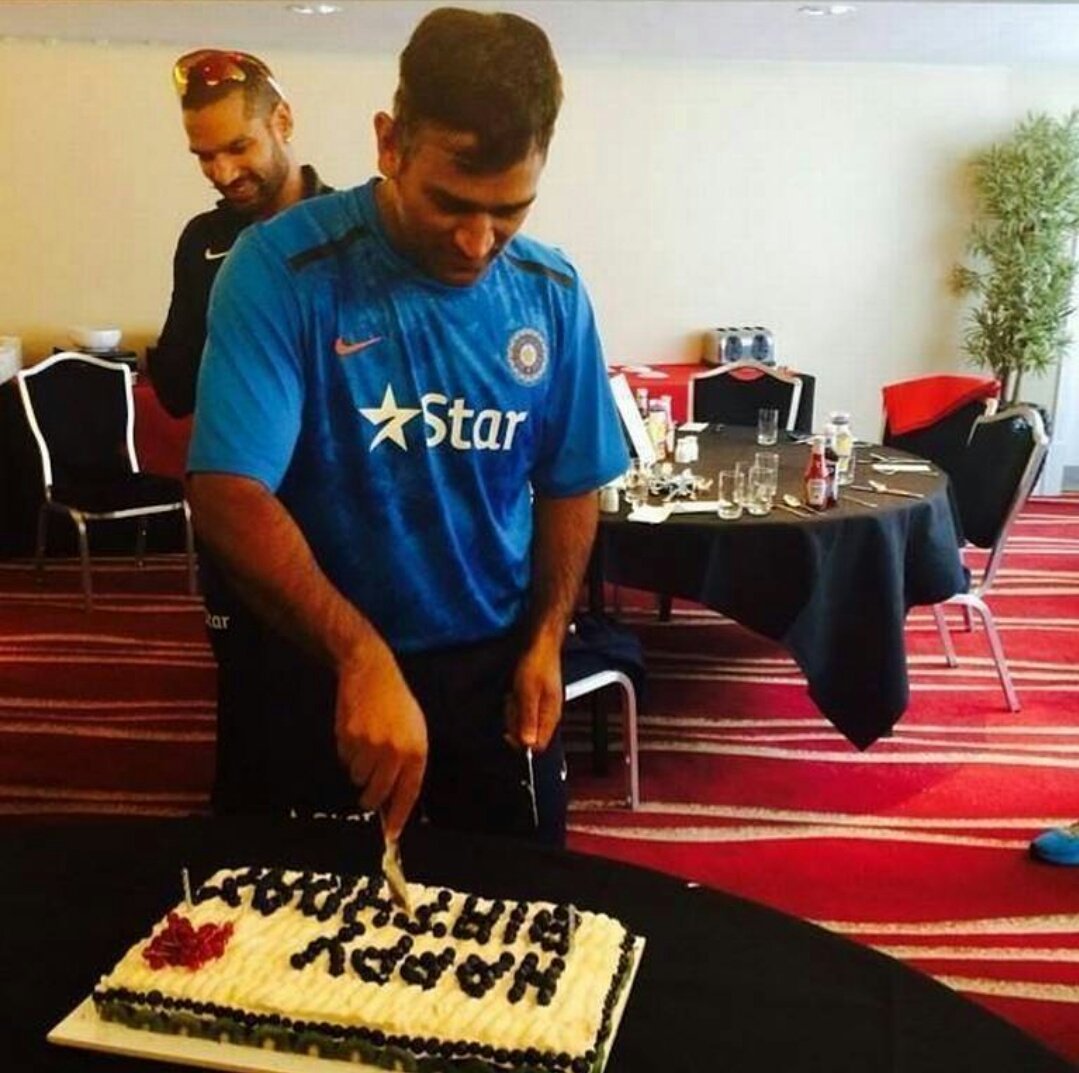 July 7: Former captain Mahendra Singh Dhoni turned 36-years-old and fans took to Twitter to wish one of the most popular sportsperson in India.
MS Dhoni, who is playing for India in the fifth and final one-day international in West Indies is yet to turn a year old due to differences in time zones, but fans here in India have started congratulating the legendary cricketer. Team India won the 5 ODI series against the West Indies to start of the celebration.

One of the most successful captain in India’s cricketing history, Dhoni, may not be the captain of the national side any more but fans love and support hasn’t dropped one bit.
The Ranchi wicketkeeper-batsman is still considered one of the most important players in the side who is known for possessing one of the best cricketing brains. (Dhoni’s biopic, MS Dhoni- The Untold Story,MS DHONI movie UK,MS DHONI movie USA,MS DHONI movie India region)
Dhoni is the lone captain to have won all three ICC trophies i.e. World T20, ICC World Cup, ICC Champions Trophy.
He is the most successful captain in IPL history as he led his side Chennai Super Kings (CSK) to two IPL wins (2010 and 2011) and two Champions League T20 triumphs (2010 and 2014).
CSK has been the only team in the IPL to never miss from the playoff stages, credit for the same goes to their inspirational skipper and his tactics.

When @msdhoni walks out to bat he will already be a year older as far as time at home goes! #WIvIND #happybirthdayMSD #Champion

Gautam Bhimani
“When @msdhoni walks out to bat he will already be a year older as far as time at home goes! #WIvIND #happybirthdayMSD #Champion,” wrote Gautam Bhimani.

Still I Don't Know The Exact Reason & Time When I Became To Inspire & Get Additcted To @msdhoni 🤔 #JustHappened ❤#HBDThalaMSD 🚁 @ChennaiIPL pic.twitter.com/phz3TV7hnH

Fan hails MSD’s fighting spirit
This is what a fan had to say on MS Dhoni’s knock in the previous match which India lost.

When Bowlers Fail;
Magician Dhoni Strikes!
Because he is Lightening Fast behind the Stumps⚡️#HappyBirthdayMSD pic.twitter.com/eElm48sGAb

Lightening fast Dhoni
Dhoni is one of the fastest wicketkeeper in the world when it comes to effecting stumpings.

Dhoni inspires young cricketers
This is what England wicketkeepers once said about Dhoni.