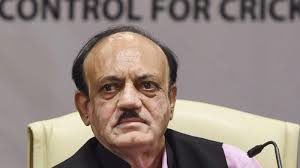 BCCI acting president CK Khanna said that 13 names have been shortlisted for the post of manager for the Indian cricket team.

Acting president C.K.Khanna for The Board of Cricket Control for India (BCCI) perhaps may appoint a manager for the Indian cricket team.  expressing  that the announcement will be made soon.

Following the selection of Ravi Shastri as the coach of the Men’s cricket team, the Indian team has been viewing a new manager as well.

Khanna noted, “We have shortlisted thirteen names for now. We’ll interview them on Tuesday afternoon.”

On the Women’s cricket team and their ICC Women World Cup final with England this Sunday, he expressed, “We are confident that the Indian team will come back with the trophy.”

He also claimed that the BCCI had unanimously decided to give fifty-lakh to each player in the squad and twenty-five lakh to the coaching staff.

The appointment of Shastri as the coach of the Indian cricket team became a saga and controversy. He was announced  as India head coach after a 48 hour long episode. The confirmation was surprising as BCCI secretary Amitabh Choudhary had dismissed reports that claimed R.Shastri had been appointed coach. The confusion followed  a day after Cricket Advisory Committee (CAC) member and former captain Sourav Ganguly had sought more time to decide on the issue